This Is All We Know About Ja Morant’s First Signature Shoe, The Nike Ja 1

By Dumb DopeDecember 27, 2022No Comments

As most of you know by now, Ja Morant became the latest NBA player to get his very own signature sneaker.

Known as the Nike Ja 1, Ja Morant is also officially Nike Basketball’s first Gen Z signature athlete as he represents the next generation of basketball players who are shaping the future of the game. Morant’s bold, fearless style of play represents the evolution of the game and ignites a spark in modern basketball culture. Morant sets an example for Gen Z athletes everywhere as a leader who creates the future of the sport through his creativity, authenticity and style.

Morant’s signature logo is inspired by his dynamic precision and determined approach to the game. The logo features a stylized “JA” sitting above a chevron, which represents both a directional nod to the verticality, speed and sharpness of Morant’s game, and his ability to rise above all obstacles. When Morant was overlooked and under-recruited in college, his motto, “Beneath No One,” fueled the workouts that helped develop him into a player that is defining the future of basketball. The overall construction of the sneaker is designed to keep players in control, maximize hang time, and reduce landing force through lockdown benefits.

Ja Morant debuted the sneaker yesterday when he laced them up the Ja 1 “Day One” for the game against the Warriors on Christmas Day.

The Nike Ja 1 is slated to release in a few colorways that include “Day One” (Cobalt Bliss), “Phantom,” “White Sundial” (Kids), “Game Royal,” “Rapid Teal,” and “Midnight.” Each one of those pairs will come equipped with Ja Morant’s personal branding along with story telling for a few of the upcoming releases.

Retailing for $110 in adult sizes and $90 in grade school sizes, the Nike Ja 1 will be available globally April 2023. Stay tuned for more updates.

To close out the year, Jordan Brand is set to bring back the Air Jordan 2 OG Chicago. Is this a cop? 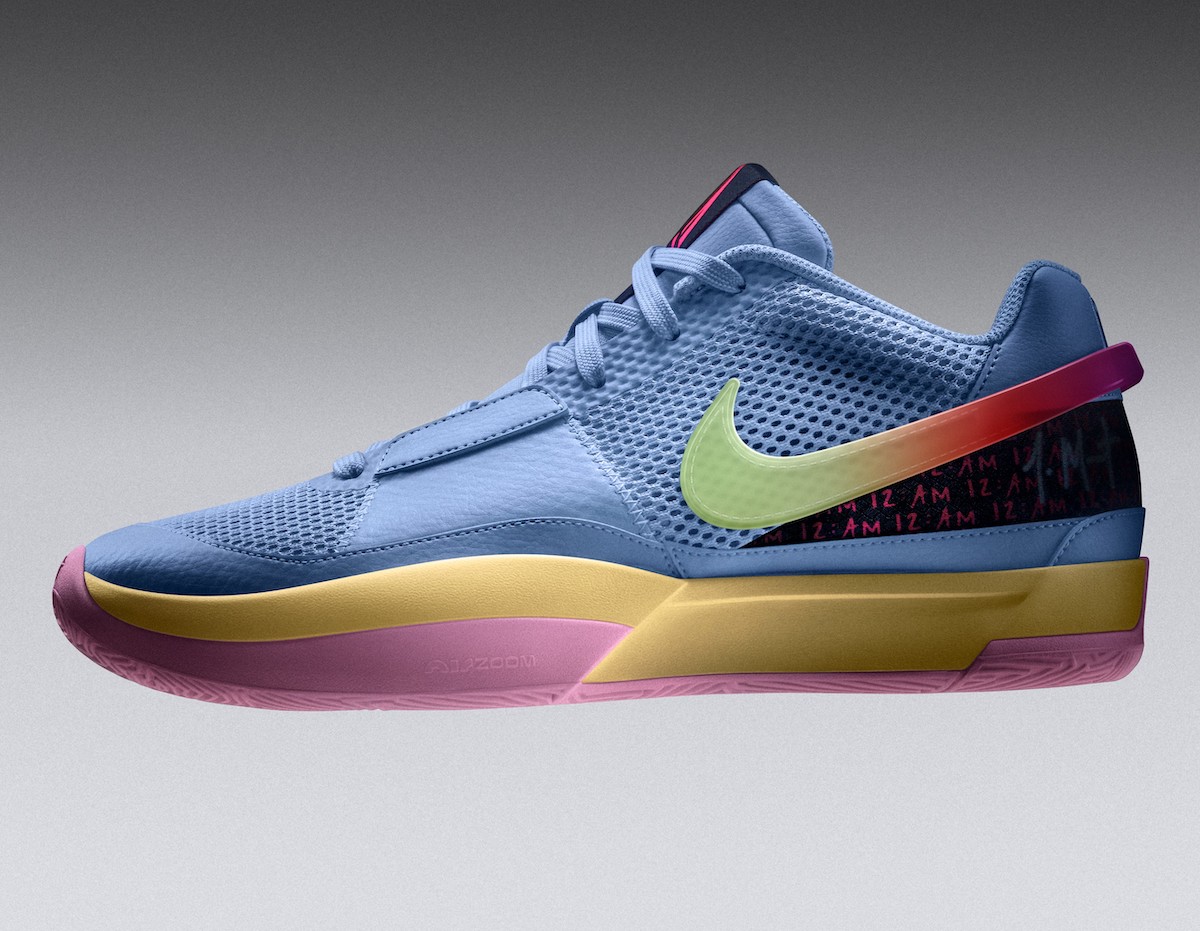 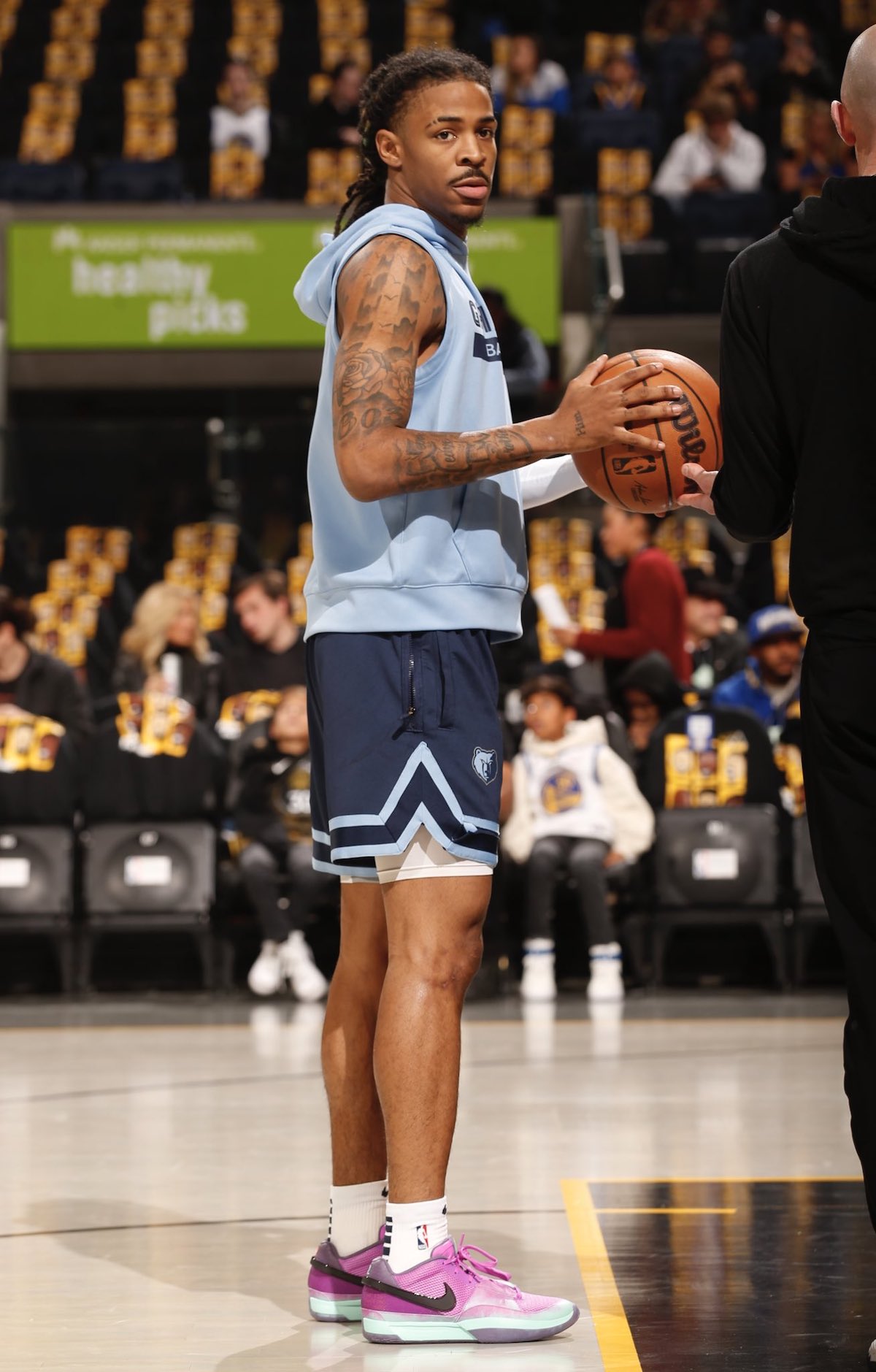 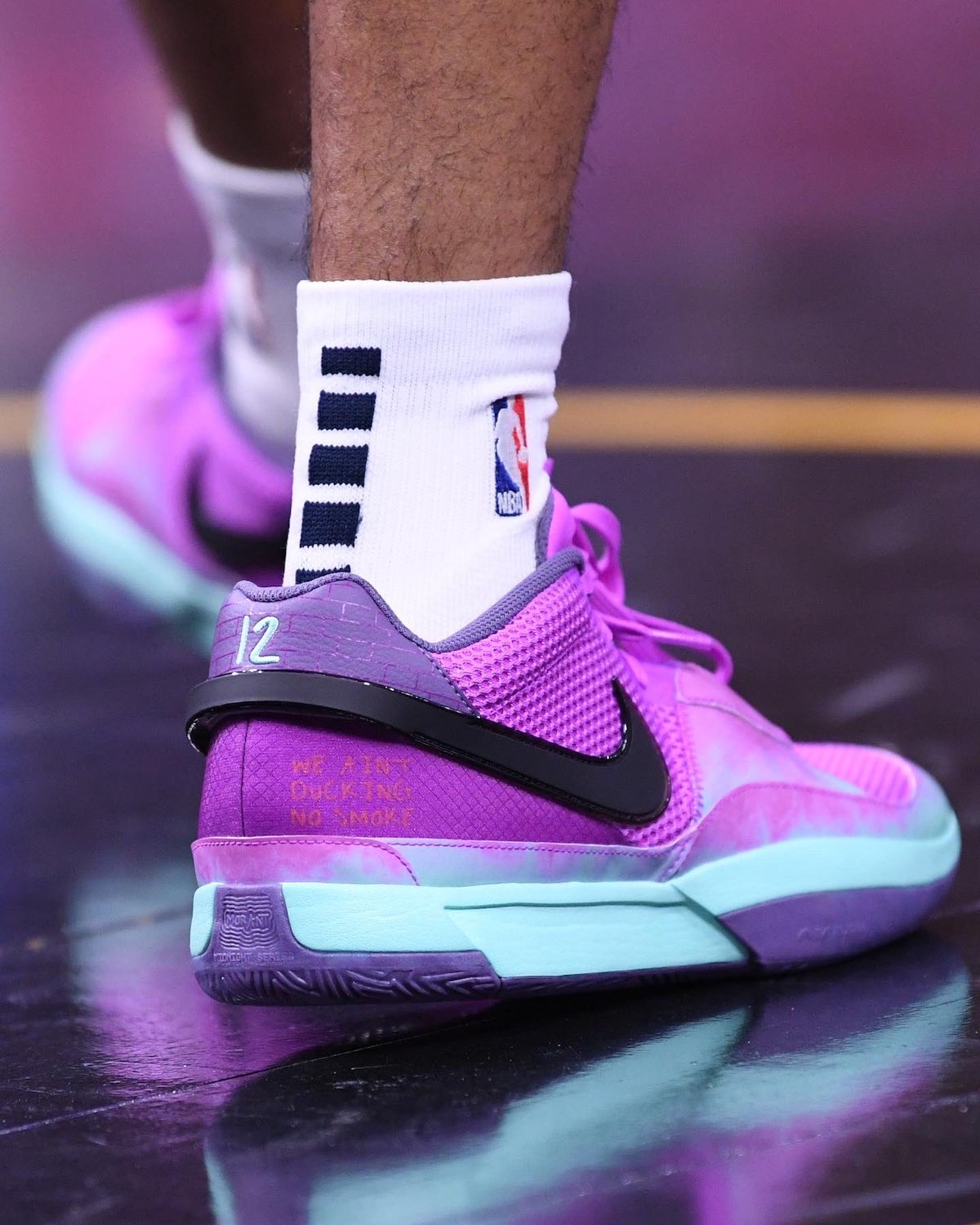