LeBron James’ Nike Air Zoom Generation in the First Game colorway will be making a return this spring season to celebrate its 20th anniversary.

The Nike Air Zoom Generation First Game made its debut way back in 2003 and is widely known as LeBron James’ debut signature shoe. Done in a White, Midnight Navy, and Varsity Crimson color scheme, this colorway of the model is a nod to the shoe that LeBron wore during his first-ever home game in the NBA. The 2023 iteration is said to be constructed true to the original 2003 pair. Design details include a White leather base contrasted by the Red mesh paneling, and decorated with the Gold “11-5-2003” stitching on the inside collar. The upper is placed on top of a Zoom Air cushioned sole. 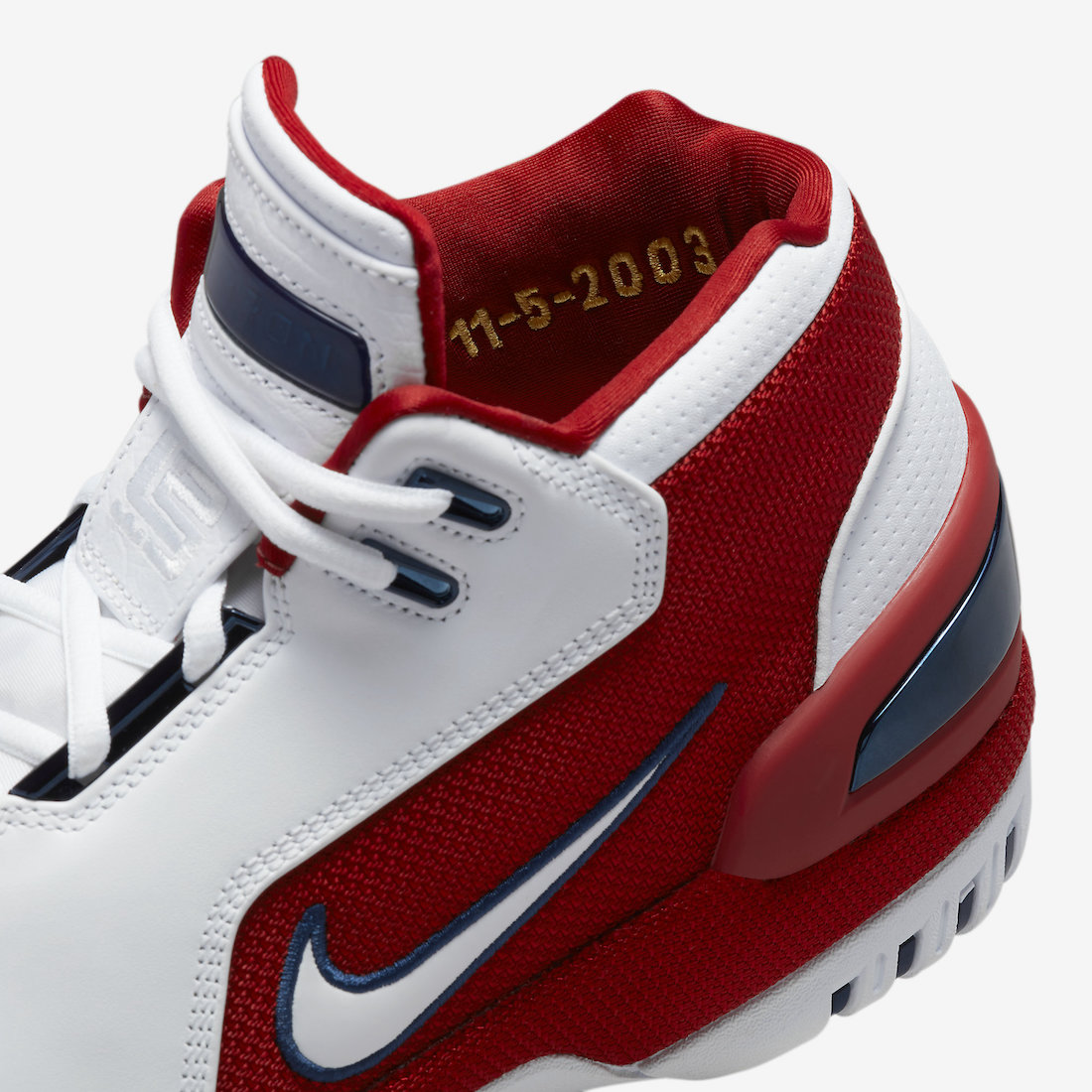