The Air Jordan 2 “Chicago” is scheduled to return this fall as sources have provided a potential release date, according to sources. This timeless Air Jordan 2 boasts the familiar “White/Black-Varsity Red” color scheme across its smooth and reptilian-textured leather upper. Additionally, the classic Wings logo adorns the tongue, while Nike branding in prominent on the heels, followed by the original Wings box and packaging, as well as a booklet to complete the offering. UPDATE (11/22): The Air Jordan 2 OG “Chicago” 2022 will be releasing in full family sizing (men’s, women’s, grade school, preschool, and toddler sizing) as official images of the women’s pair are seen below. A release is currently expected on December 30th.

UPDATE (9/2): scollard23 gives us another look at the Air Jordan 2 OG Chicago 2022. New images confirm original-styled packaging which includes an accompanying booklet with info on the sneaker as well as a Wings hangtag. UPDATE (8/17): New images of the upcoming Air Jordan 2 OG Chicago 2022 via knowingkicks that is currently expected to release on December 30th. UPDATE (7/22): SoleChaserz gives us a detailed look at the upcoming Air Jordan 2 Chicago. Peep that Wings hangtag though. UPDATE (7/20): Private Selection provides us with out best look yet at the Air Jordan 2 Chicago. Latest update still insists these will be making a return on October 22nd for the retail price of $200. 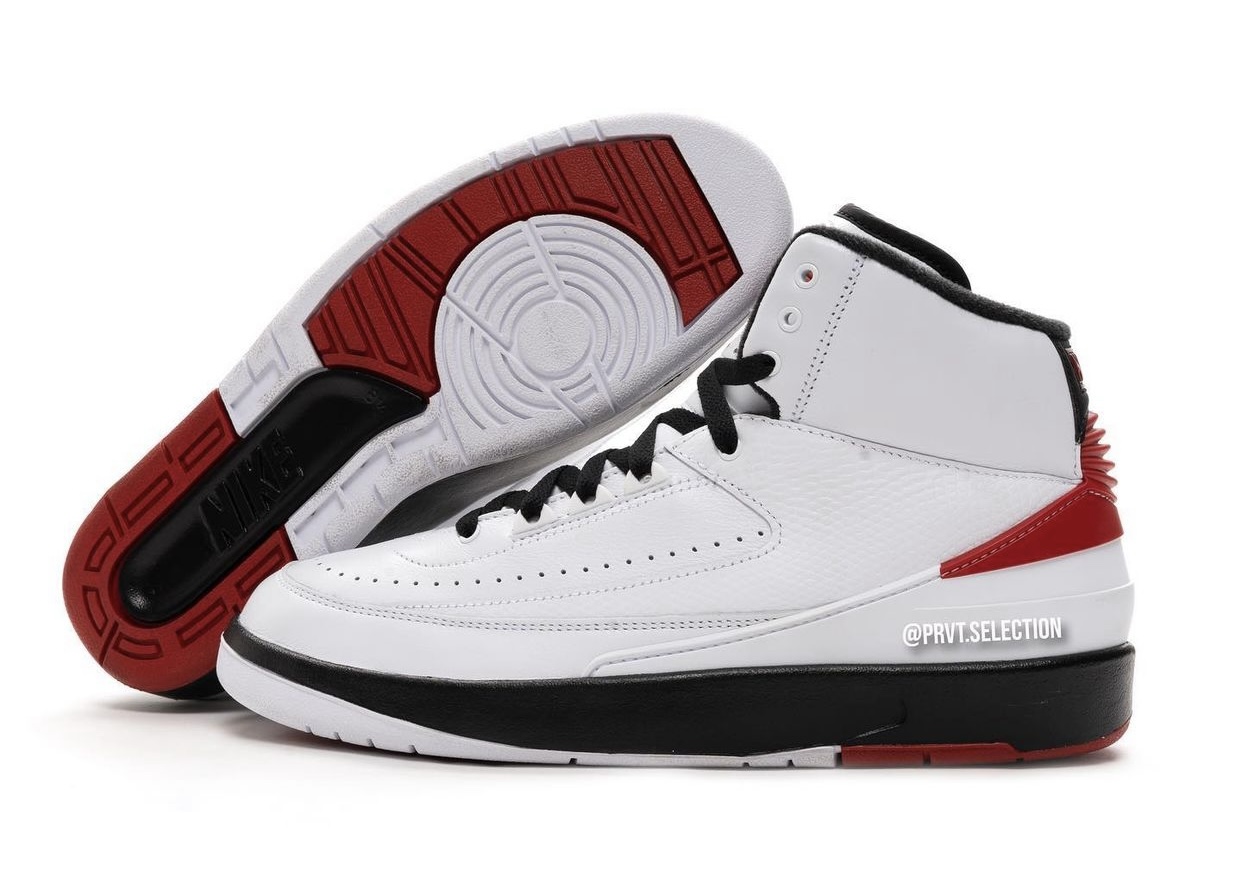 UPDATE (7/15): solesbyzay_backup / zsneakerheadz provide us with a first look at the 2022 version of the Air Jordan 2 OG Chicago. As expected, the pair mimics the original 1986 version as it comes dressed in a White, Black and Varsity Red color scheme.