The iconic Air Jordan 11 “Concord” inspires this latest variation of the Air Jordan 1 Low which is slated to make its debut sometime next spring. Flaunting the timeless white and black color scheme, the low-top boasts a pristine leather upper that is reinforced with black patent leather overlays and Swooshes. More black adorns the Jumpman on the tongues, while additional hits of white adorn the wings on the heel. Finally, AJ11-inspired insoles, a white midsole and an icy translucent outsole rounds out the profile.

UPDATE (1/13): Nike has announced that the Air Jordan 1 Low Concord will be releasing on January 17th on Nike.com for the retail price of $120. 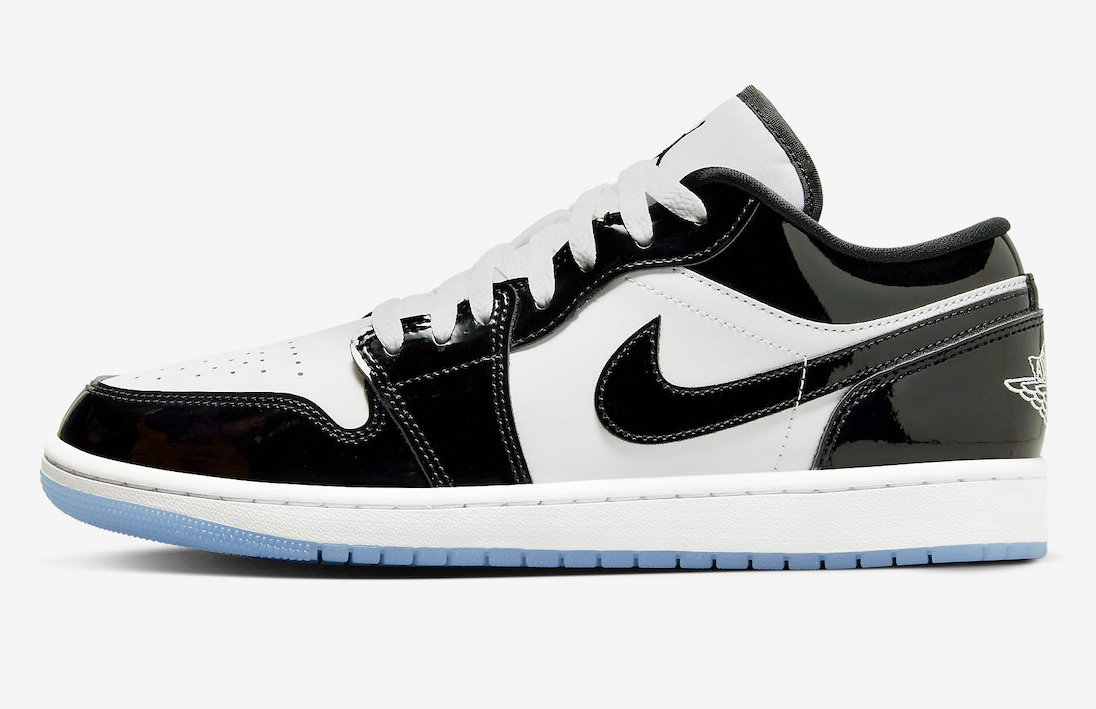