Jordan Brand is slated to debut a brand new “Mars Stone” colorway of the Air Jordan 3 during the Spring of 2023.

The Air Jordan 3 Mars Stone is said to be a grade-school colorway of the model. Done in a White, Black, Marstone, and Team Orange color scheme, the sneaker comes equipped with a White leather upper with Team Orange elephant print overlays and lining. Black takes care of the outsole and Jumpman hits on the tongue and heels, while a Dark Red hue takes care of the upper portion of the midsole, the perforated leather around the collar. White laces, and Sail on the top portion of the midsole round out the main features of the sneaker. 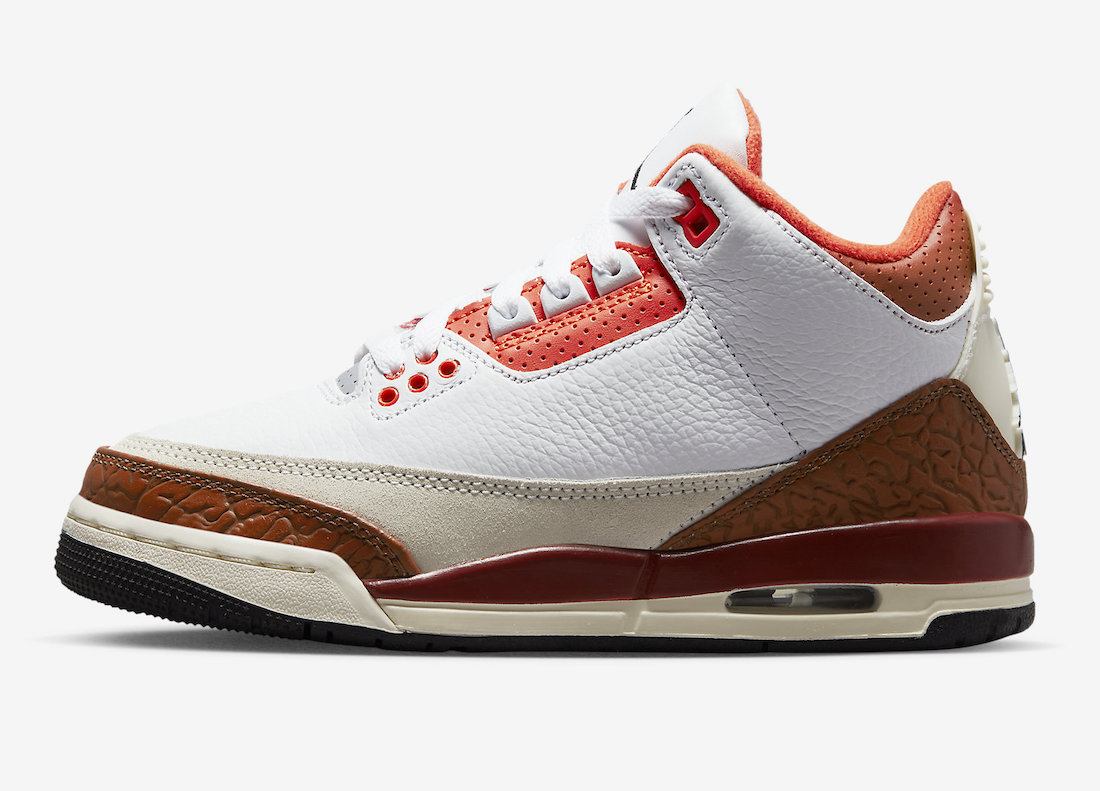 UPDATE (11/19): solesbyzay_backup gives us a first look at the Air Jordan 3 GS Dunk On Mars.