Another Chicago-Dunk has been unveiled. Set to drop in 2023, here is a first look at the Nike Dunk Low Chicago Split.

Known as the Nike Dunk Low Chicago Split, this new twist of the classic “Chicago” colorway, has the Dunk Low constructed in a full leather upper with mesh tongues. Dressed in a mix of University Red, Black, Light Silver, and White, design details include a White base that is then paired up with Red overlays atop a Sail midsole. The “split” motif design can be found on the tongue tags, Swooshes, and rubber outsole. This results in two different Nike Air fonts used on the tongue tag, the top of the Black Swoosh done in Grey and an outsole that transitions from Sail, Black and lastly Grey.

ABOUT THE MODEL: The Nike Dunk Low is still a hot seller but it’s definitely not as how as it was a year ago. That said, stamping the Chicago-like color scheme on the model will definitely garner the attention of a lot of us. We’re feeling this new colorway of the Dunk Low and are pretty certain that most of you will too.

UPDATE (1/16): Yankeekicks gives provides up with on-feet images of the upcoming Nike Dunk Low Chicago Split. Look for these to drop during the spring season for the retail price of $110. 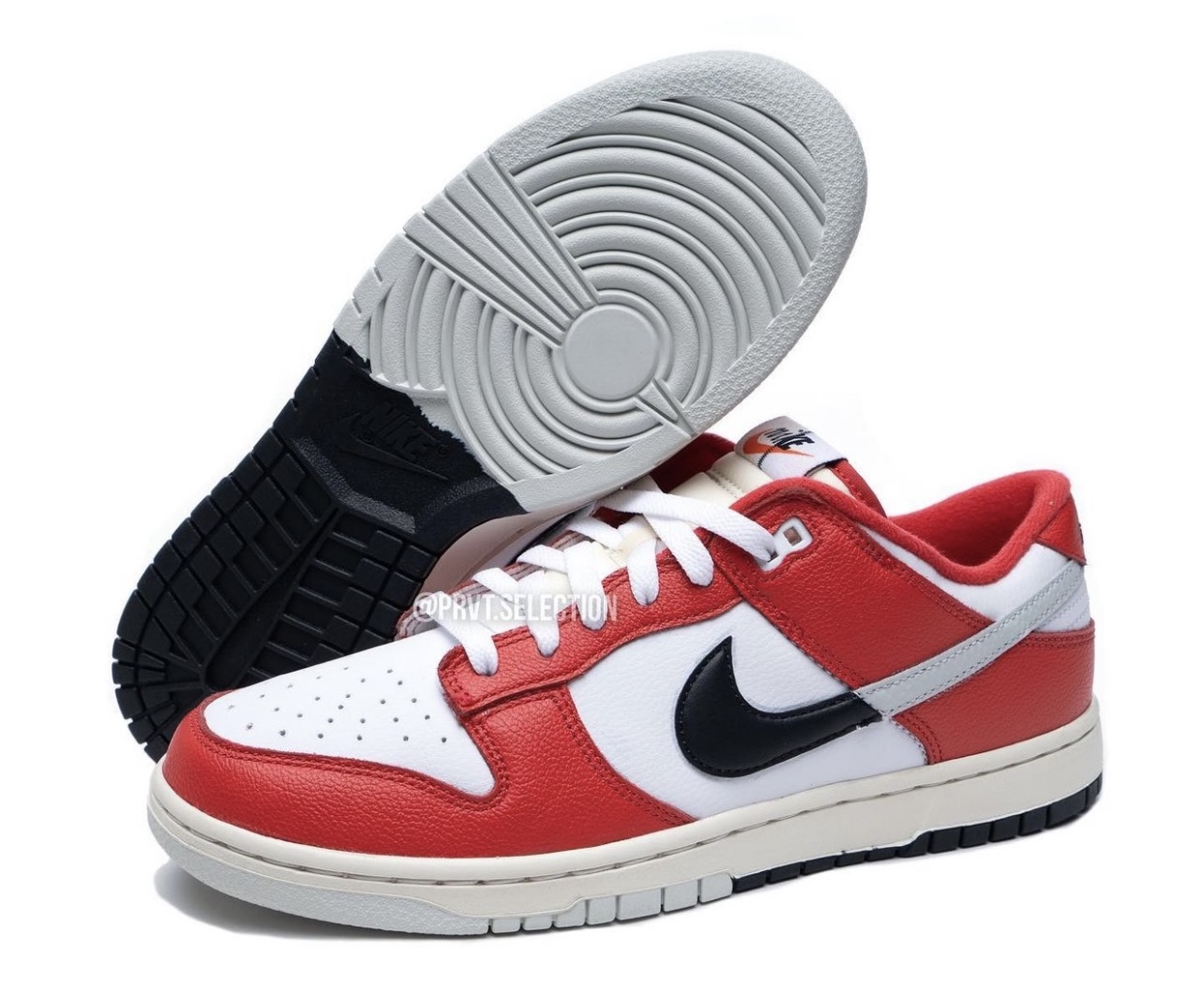 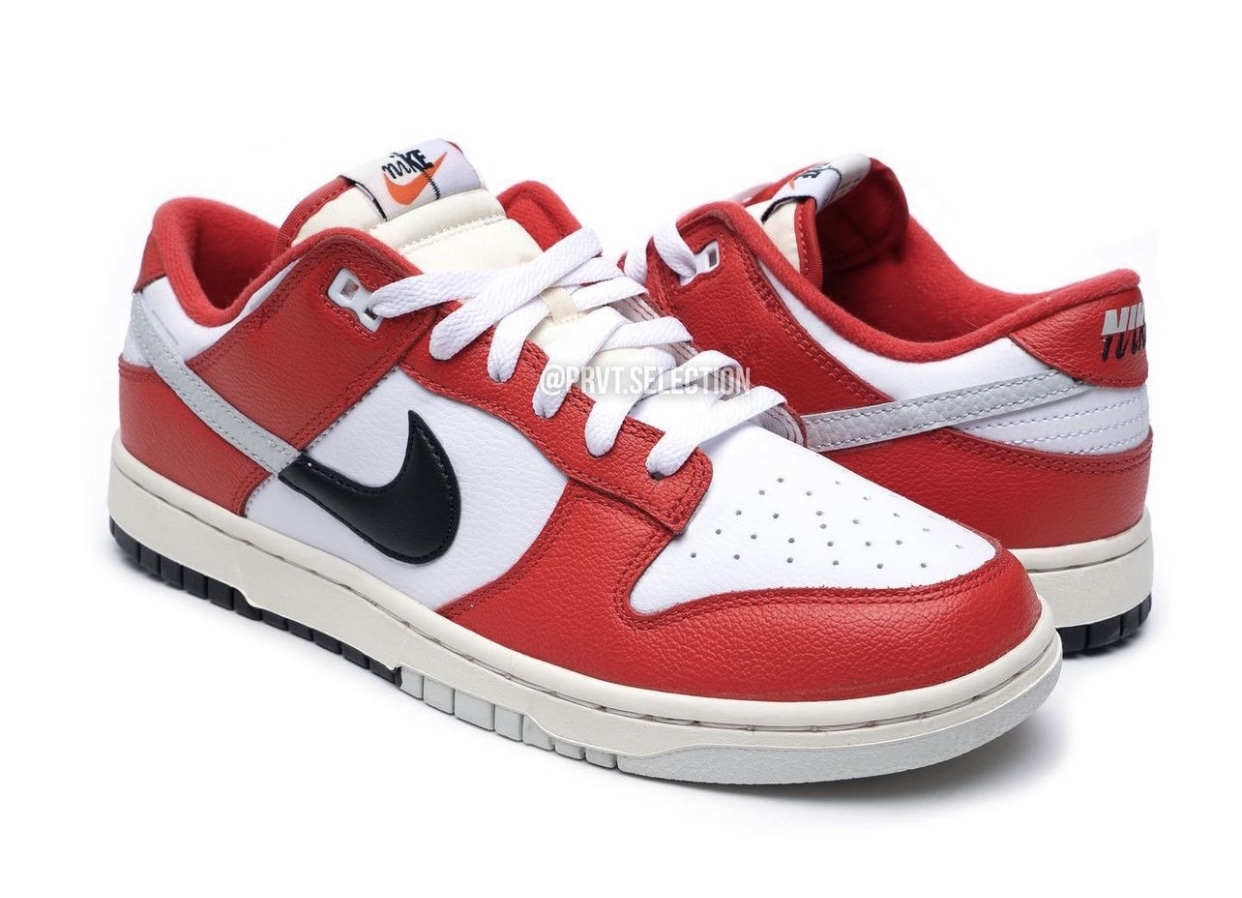 UPDATE (1/4): Masterchefian shaees with us new images of the upcoming Nike Dunk Low Chicago Spilt. Retail is set at $110. A proposed release date has yet to be announced. 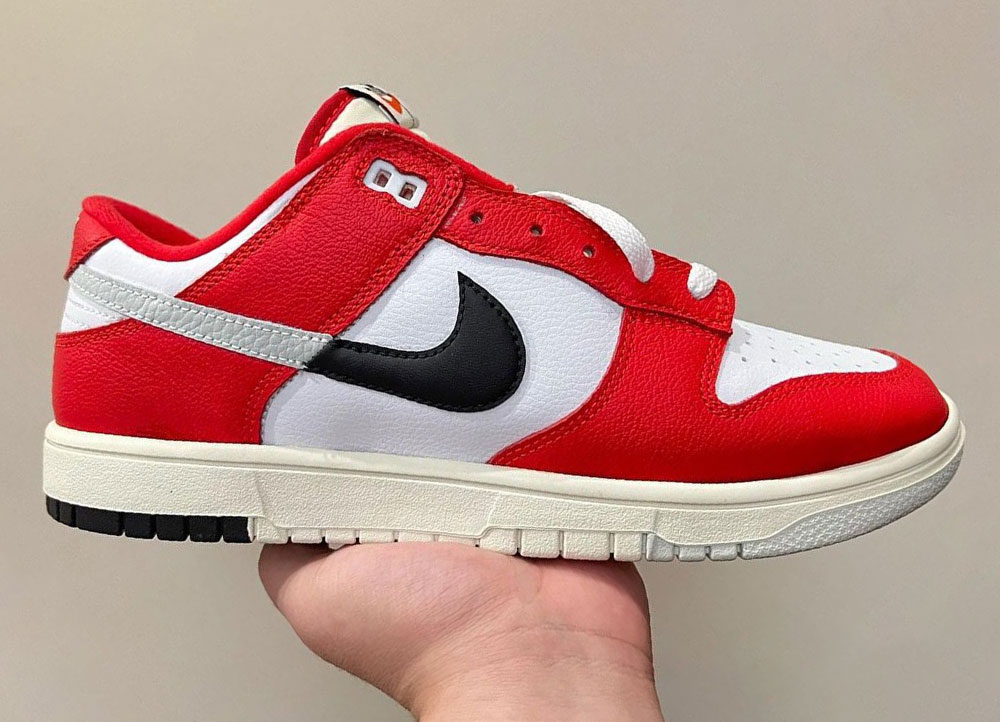