The latest addition to Toro Bravo theme, this bold iteration of the Air Jordan 6 will come dressed in a Varsity Red and Black color scheme. Detailed include an all-Red suede upper with Black accents on the tongues, heel tabs, and midsole. The sneaker will also come with Red laces and an icy translucent outsole.

Retailing for $200, look for this new colorway of the Air Jordan 6 to release on June 24th, 2023 for the retail price of $200 in family sizing at select retailers and Nike SNKRS. For a complete guide including official photos, release dates, pricing and where to buy, visit: Air Jordan 6 Toro.

Here’s your reminder that the Air Jordan 2 Lucky Green releases next month. Will you cop?

UPDATE (1/24): Detailed images of the Air Jordan 6 “Toro” via @imbstarr which shows the sneaker in full detail. 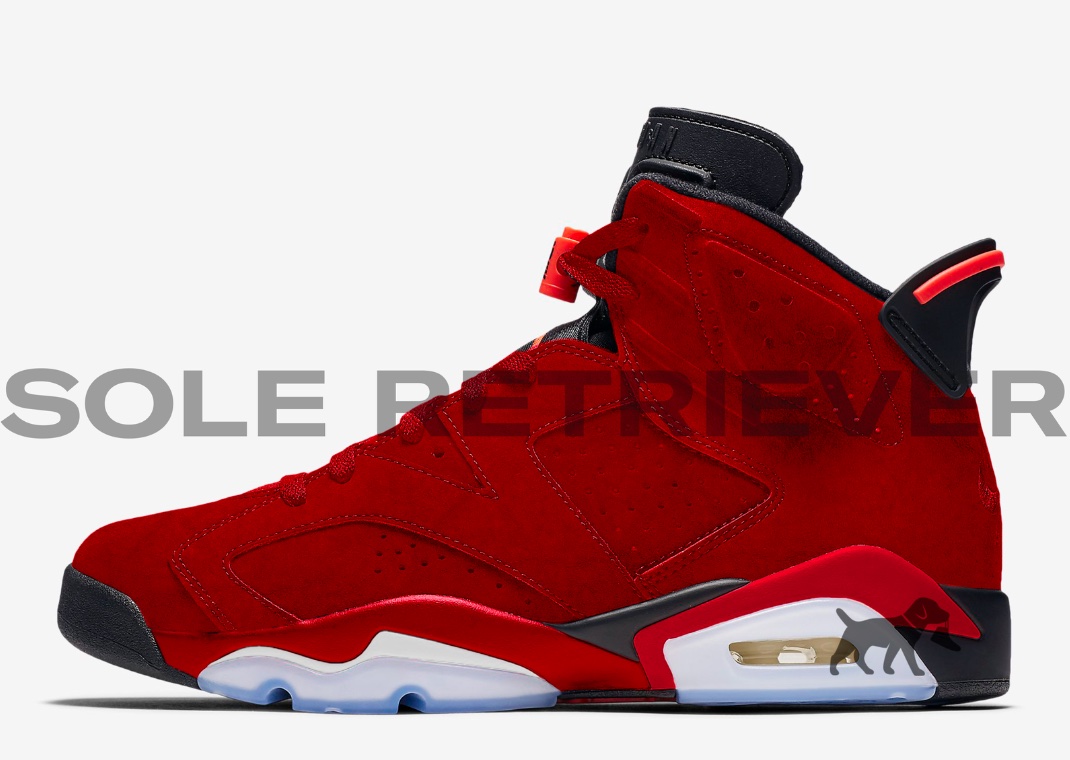